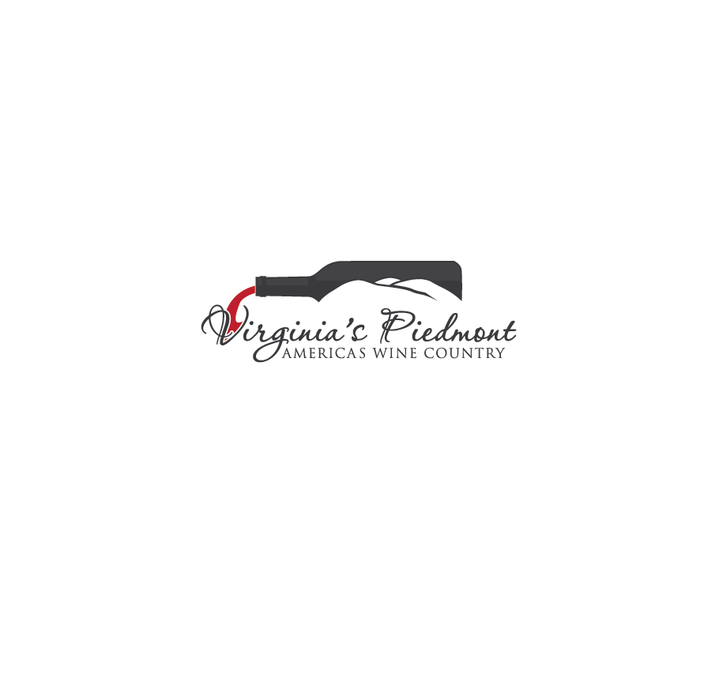 catherine.payne needed a new logo design and created a contest on 99designs.

A winner was selected from 120 designs submitted by 26 freelance designers. 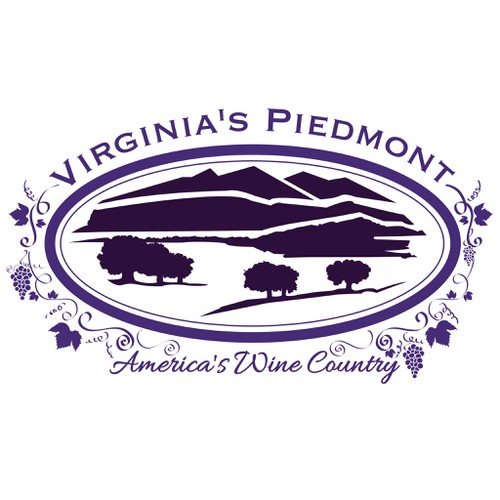 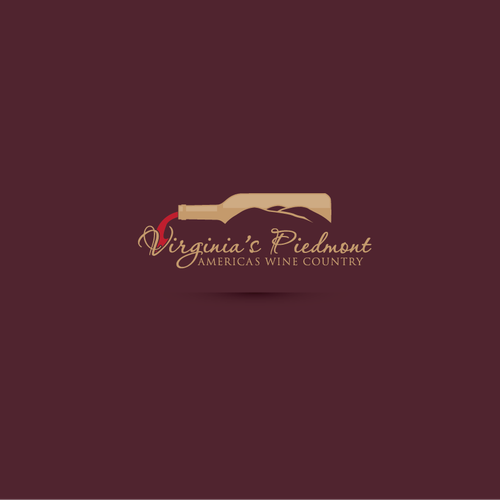 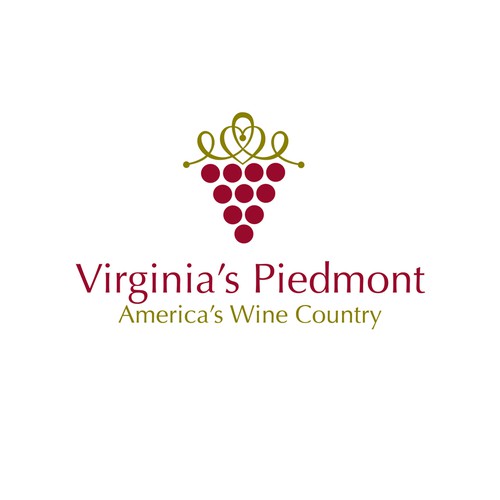 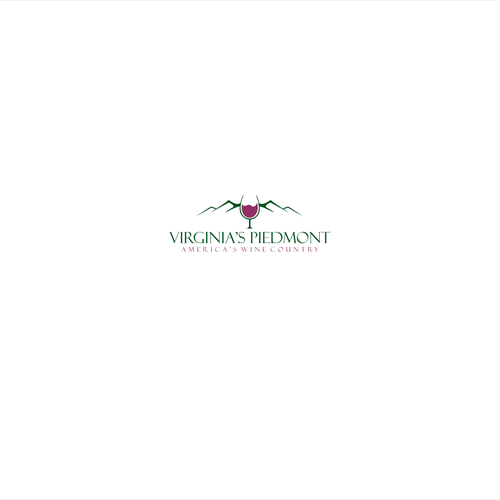 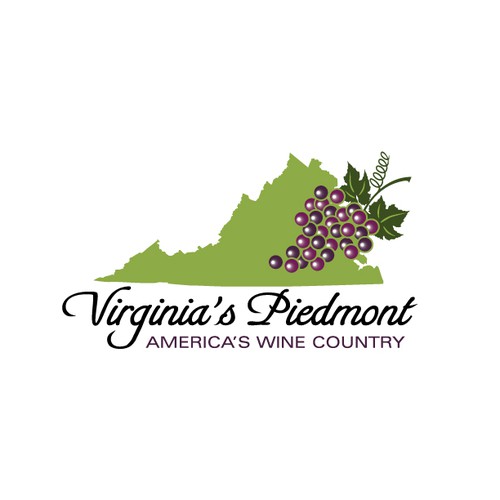 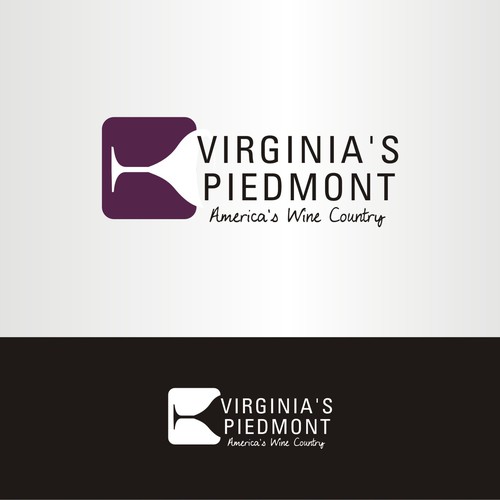 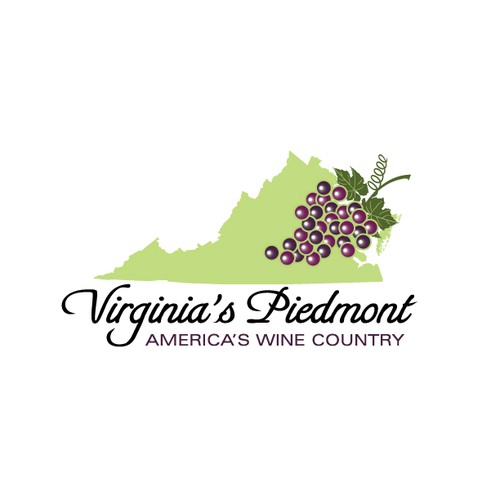 Winner - followtheflow
Great creative design and was responsive to requested changes. I would recommend working with Flowtheflow!
- alexrobertsdds

Finalist - VICKODESIGN
Always a pleasure to work with Vicko. Responsive and creative!
- davidpalumbo

Our organization, Virginia’s Piedmont, America’s Wine Country, is a wine region in Central Virginia spanning over 11 counties, known as the Virginia Piedmont. The region boasts some of the finest wineries in Virginia, totaling over 114 wineries within a two-hour drive. At the foothills of the Blue Ridge Mountains, the Piedmont region is distinguished by rolling hills.

Together, the counties cover territory defined to the north by the Washington, D.C. suburbs and to the South by Thomas Jefferson’s beloved Charlottesville.

Wines from the region have already distinguished themselves in statewide and national competitions and are served in some of the finest restaurants and inns in the nation. Now they find themselves banding together to serve as a magnet for tourists in the extended region, the nation, and the world.

Known as “Virginia’s Piedmont, America’s Wine Country”, the counties have commissioned a website and are developing a national marketing campaign to position the region as a major attraction to tourists.

What follows is a descriptive paragraph that embodies the theme of this initiative: “Come and taste the wines that are born in Virginia, as were George Washington, Thomas Jefferson, Madison and Monroe. Virginia’s Piedmont was the home of Robert E. Lee, John S. Mosby and so many others who shaped America and is a place that witnessed some of the key battles of the Civil War. This is why the Virginia Piedmont is America’s Wine Country.”

While history is important to our region, and while we would like to see a subtle nod to the history element of the region, we’d like the logo to promote the area primarily as a wine region.

The attached photo characterizes much of the landscape in our region.

Travel blog creative picturesque modern or retro logo (abstract or anime themed maybe?)
$500
Our name doesn't have to be in the logo. Abstract logos or symbol logos are always welcome :) PLEASE BE ORIGINAL, DON'T
236
entries
43
designers
Hotel One Affordable Housing
USD 299
Affordable housing
249
entries
57
designers
Hotel chain pop-out sign logo contest
$ 299
MC is our logo which stands for Mitchell Clark, my last name and my Girlfriends last name We are constructing a chain
124
entries
33
Designer
Spry 70 year old multilingual tour guide searching for prize winning logo
US$ 299
CUSTOMIZED TOURS OF PHILADELPHIA REGION: -HISTORIC AND CULTURAL PHILADELPHIA -LANCASTER COUNTY AND THE LIFE OF THE AMI
86
entries
15
diseñadores
Help create an AMAZING LOGO for Indigo Apartments
US$799
We have a luxury apartment home community that is being marketed to young professionals.
262
entries
98
designers
The Royal Key
US$ 299
this is a luxury hotel island concept,
153
entries
30
designers

Get started now
Create a logo for a fishing lodge with room to be creative!!!
US$ 299
My father purchased an island in Alaska on Lake Iliama. The Island name is Hat Island. We are building cabins on the isl
27
entries
11
designers
Create a fun and playful logo for a travel company!
AUD 389
Book and organize trips for clients. Clients don't know where they're going until 3 days before departure. Target audi
69
entries
13
diseñadores
Create a resonating visual for a travel industry service that has not existed before today
299 US$
Technology solutions specifically for independent luxury travel consultants in the U.S. travel industry
61
entries
26
designers
Design a fun and sophisicated logo for a surprise travel company!
US$499
Miharo Travel is a travel agency that specializes in surprise destination international vacations. The client tells us p
248
entries
62
designers
Bono Hotel Management
USD 299
Hotel Management company
36
entries
11
designers
Design a logo that makes you want to leave work and go on vacation!
$299
Potential travelers can visit our website and book their next travel accommodations in 1, 2, and 3 bedroom condos instea
56
entries
21
designers