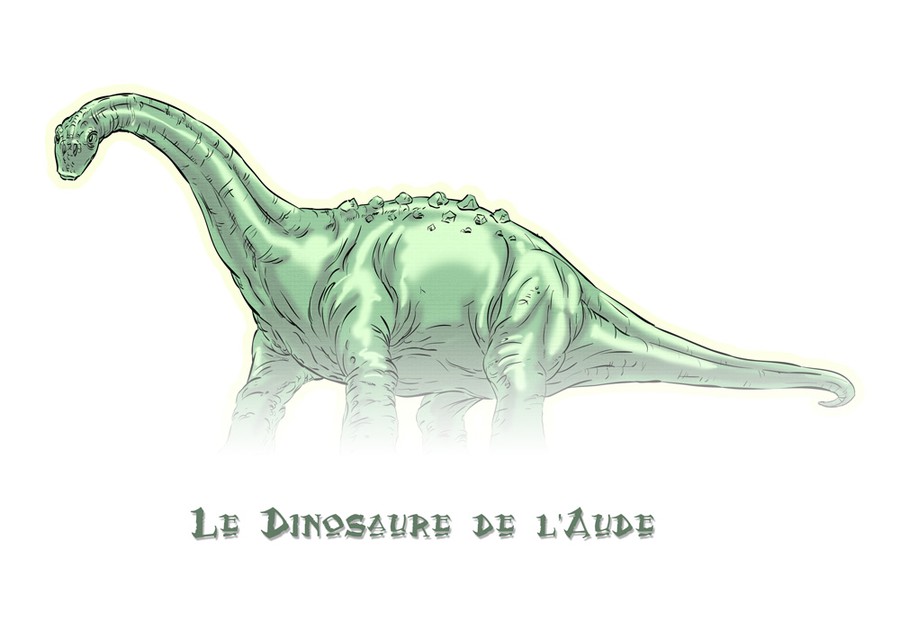 Positiv'eau needed a new illustration or graphics design and created a contest on 99designs.

A winner was selected from 48 designs submitted by 8 freelance designers. 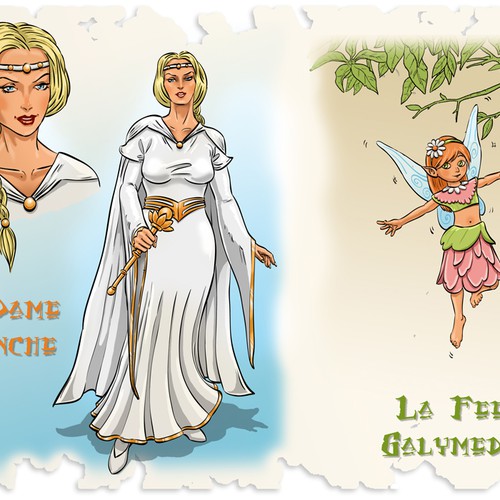 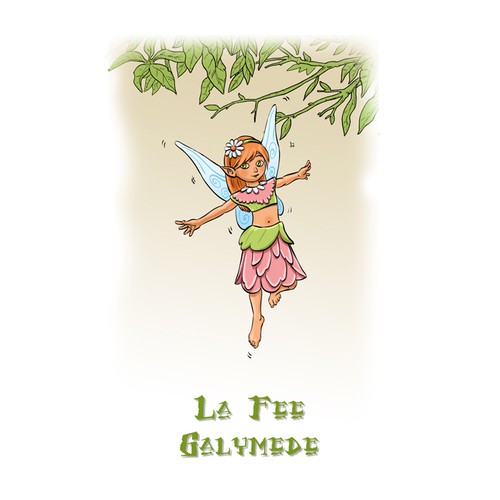 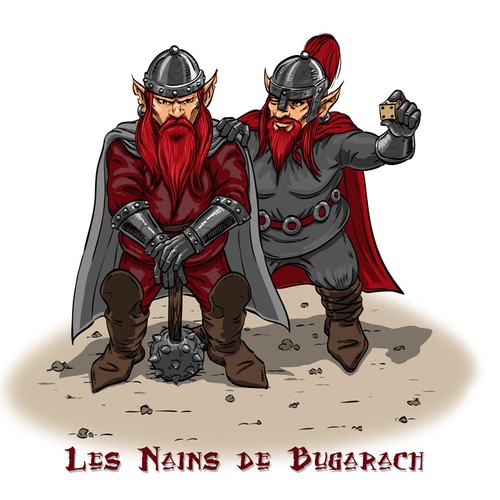 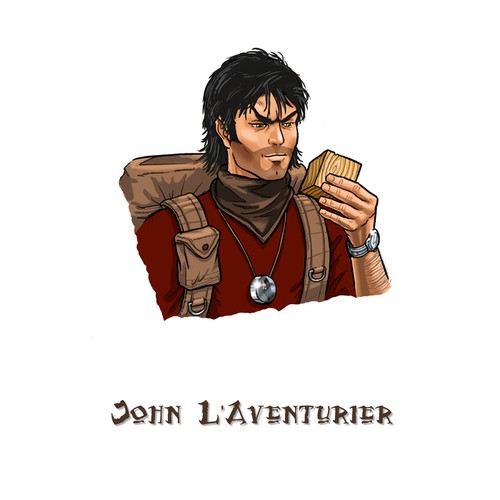 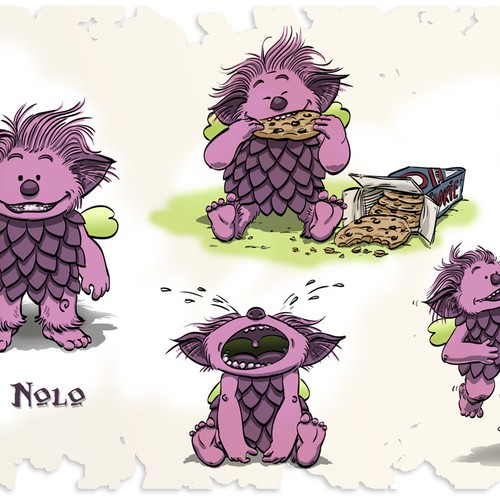 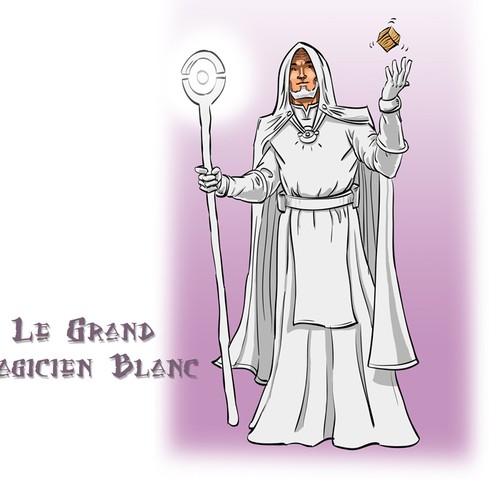 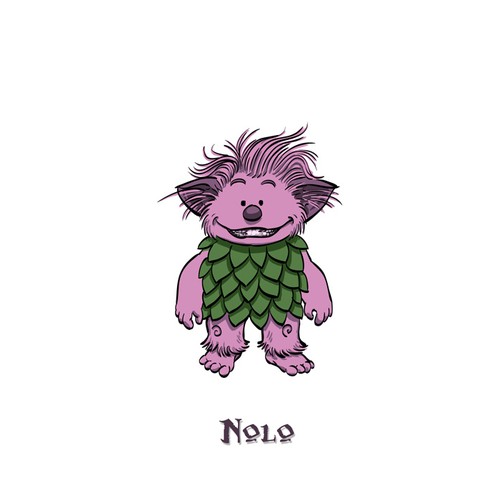 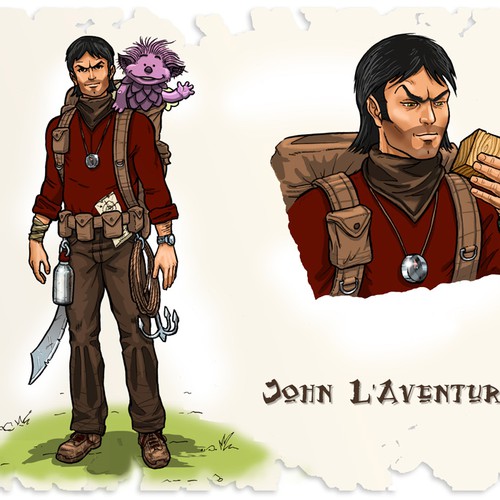 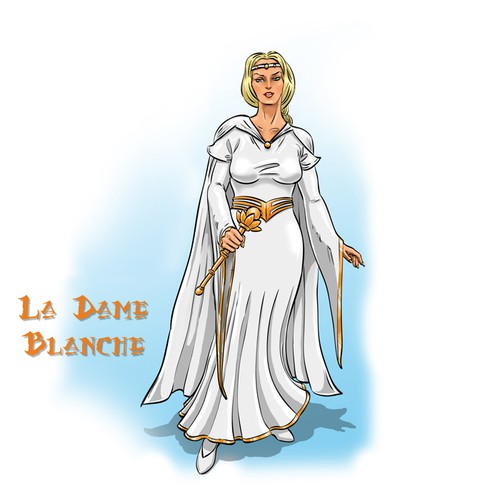 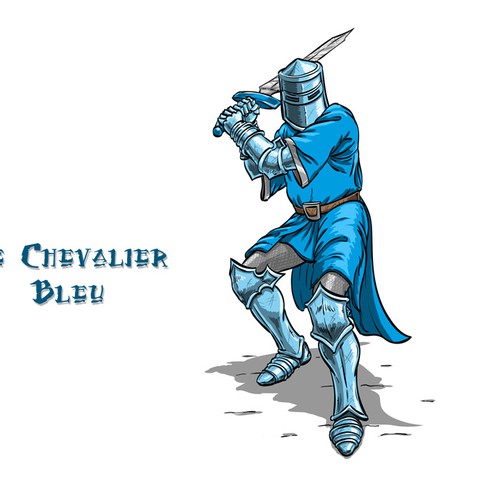 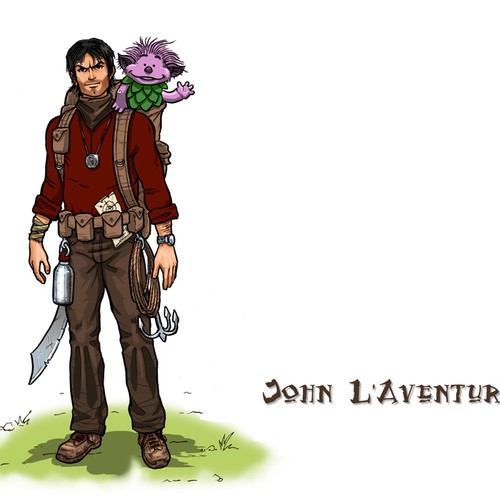 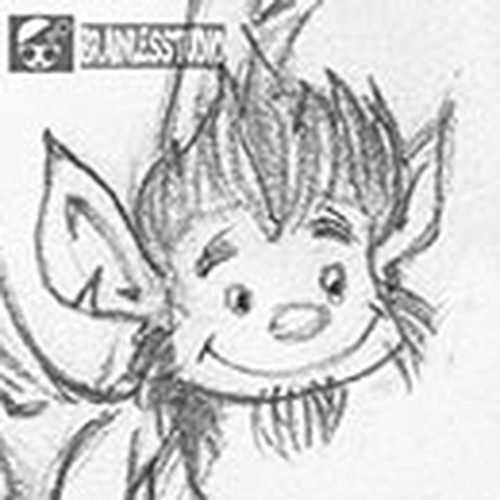 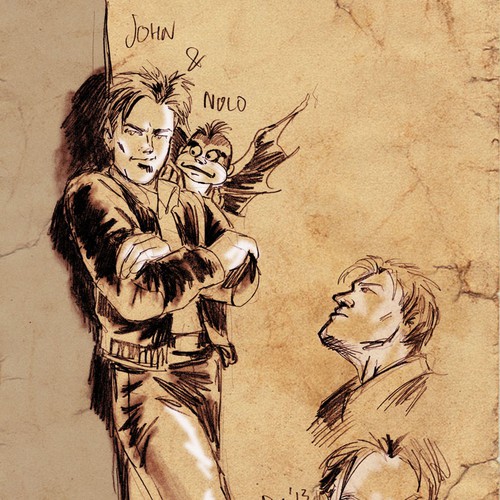 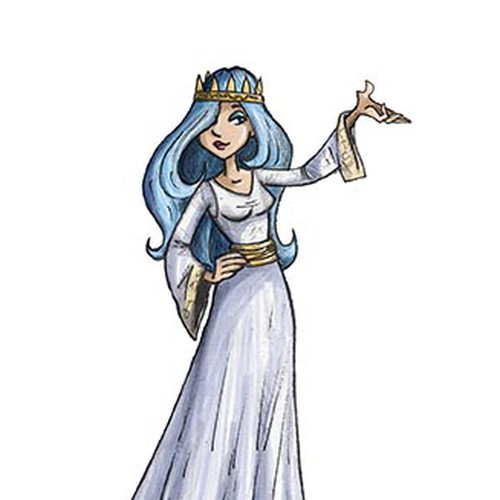 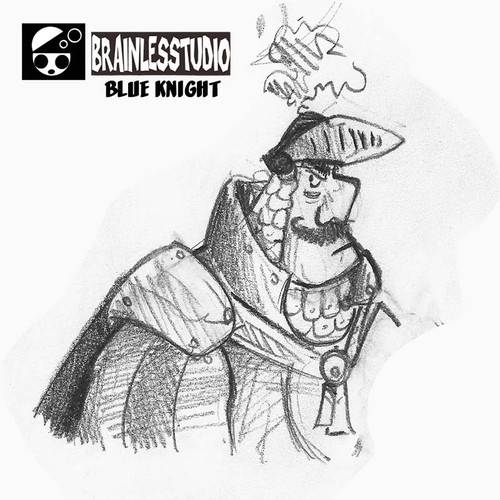 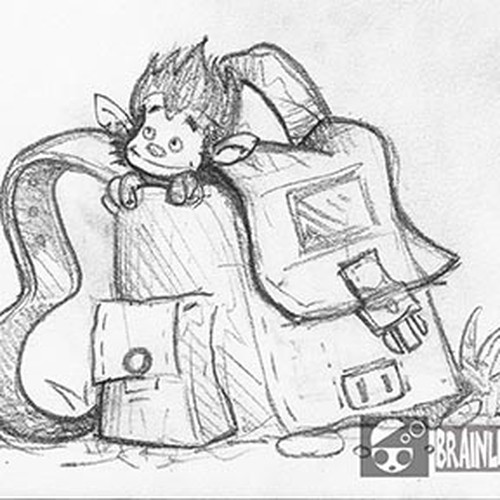 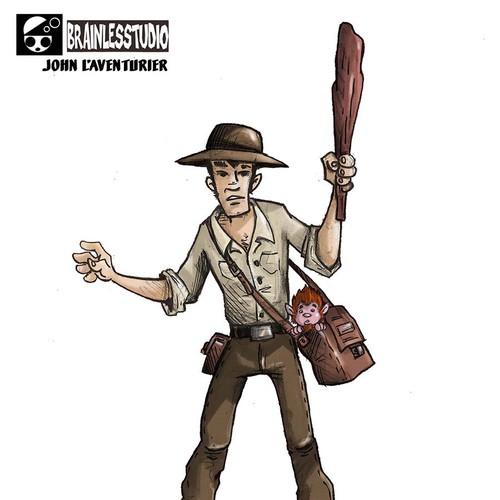 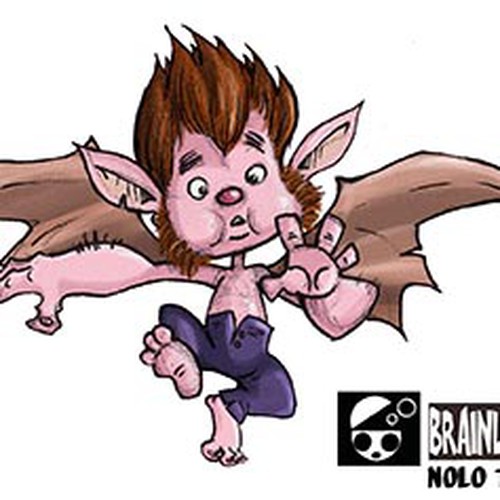 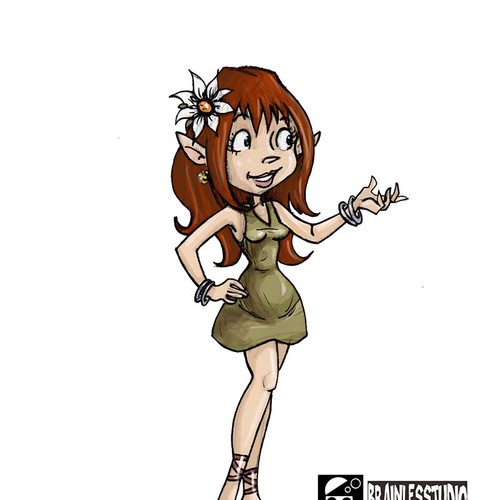 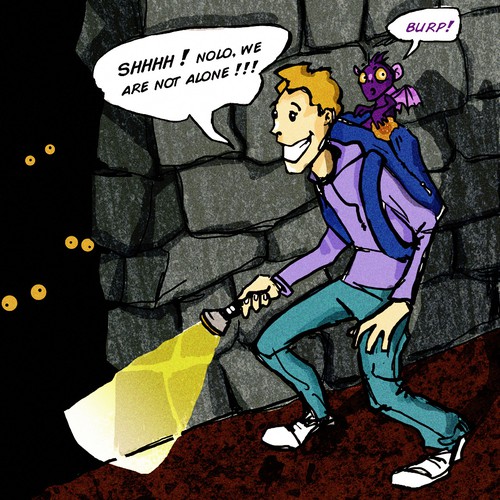 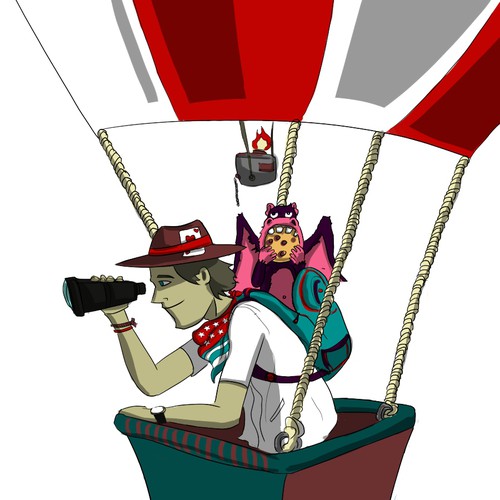 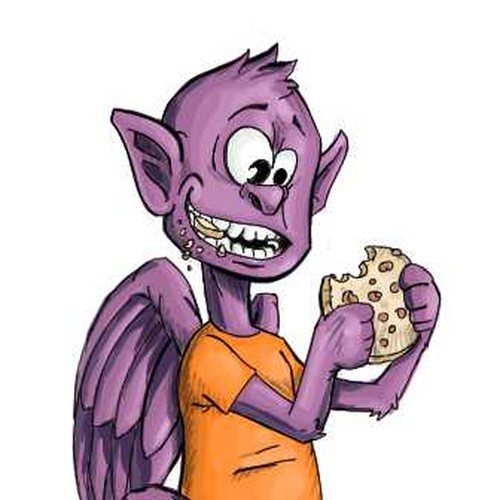 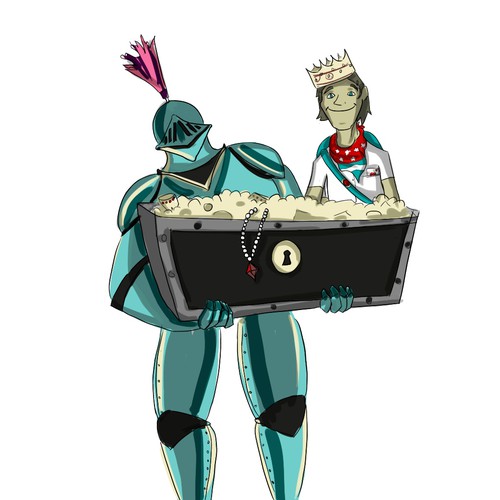 Finalist - brainlesstudio
This designer has a unique style and is very talented. Good job!
- ResolvedDesign

Finalist - donnyg4
You were the designer that not only read my words but saw the meaning behind them. You brought the characters to life. They are all unique and have their very own qualitys. The little boy is ready for an adventure you can see it in his eyes, the Hamster is wise and warm, the bear is so adorable. The train is fantastic. You made changes when it was asked of you and the changes were perfect and prompt. I am so pleased with the end result I would work with you again any time. Thank you
- Llord1

Finalist - The Bird
This was my first project with 99 designs. The entire experience was wonderful. Throughout the entire process I knew that the Bird was my top designer. All the designs the bird submitted were creative and original. conveying my request for changes were very easy and working with the Bird was a delight. I really feel like this project was a true collaboration. I was so impressed with the creativity and professionalism of the bird, we are continuing to work on other projects using 99 designs one to one. I highly recommend the bird - take a look at what was done for me. the work speaks for itself!
- Princeakili

How Positiv'eau started their illustration or graphics journey

We are a holiday village in the south of France, especially targeting families and groups. During school holidays we have an animation team to keep the children entertained and busy. Part of that animation is a short story about an adventurer, in which the children have to engage.

We would like to have some characters (and two non-character designs) designed for a short story which is told to kids and young adults (10 – 16 years old). The (very) short story is about an American adventurer who discovers ‘The Hidden World’, in which he meets trolls, dwarfs, elves, knights, etc. We would like some different poses for each character.

• = American adventurer
• fascinated by everything mystical, ‘out of this world’: trolls, elves, dwarfs, knights, ancient castles and their history and secrets, etc.
• specialty = treasure hunting
• different poses (leaning against a wall (the left or right side of the page), sitting, running, walking, standing, talking (with and without a balloon), thinking, holding a wooden cube, John with Nolo in his backpack)
• has a troll (Nolo) in his backpack

• = a purple thirty centimetres tall monkey-like figure with wings and a funny face
• He is a mini-troll.
• different poses (one ‘pose’ while he is eating a biscuit/cookies, Nolo in the backpack, Nolo talking, Nolo walking, Nolo with tears in his eyes, Nolo and John talking to each other)

• She is a beautiful princess.
• Later on became queen of the elves.

• She lives in the Fairy Labyrinth.
• She is as tall as a 6 or 7 year old. (The expression ‘haute comme trois pommes’ in French)
• She is the chief in the fairy forest.

The Dinosaur of the Aude

• The dinosaur is not ‘real’, we need a kind of spirit of the dinosaur (he is a reconstruction in a museum).
• This dinosaur is of the species ‘Ampelosaurus atacis’.

The Dwarfs of Bugarach (= a mountain)

• The chiefs of the Bugarach dwarfs were the two brothers ‘Bug’ and ‘Arach’.
• They are on each other’s shoulders, throwing magic dice.

• We would like to have a balloon in the same ‘style’ as the characters.
• We have to be able to put it next to John or Nolo.

At the end of the story, a puzzle has been made with 7 different pieces/wooden cubes (with the images of the seven characters they met during their journey: Le Chevalier Bleu, La Dame Blanche, La Fée Galymède, Le Dinosaure de l’Aude, Les Nains de Bugarach, Gillou, Le Grand Magicien Blanc).

We would like a puzzle that is beaming/radiating/shining when all pieces of the puzzle are united.

Get started now
Create a tropical, vacation-themed "Hero Image" with our mascot — design files in brief!
£449
We are the specialist medical travel insurance provider for travellers who have difficulty getting cover elsewhere....
132
entries
16
designers
Design illustrations for tourist maps of famous cities
CHF 549
We create city maps that provide information about well-known, as well as less well-known tourist sights, and incorpo...
89
entries
26
diseñadores
RideMate app hero graphic
US$349
RideMate will be available to download and provide a ‘one-stop-shop’ for a range of transport options available from
51
entries
19
designers
Looking for illustrator to do image for a awesome walking tours company
489 $SG
We are a walking tours company based in Singapore which goes off the beaten track to focus on experiences that give a re
27
entries
10
designer graphistes
Make My City Map BEAUTIFUL!
US$549
We promote awareness about the city of Nalchik, in the Russian Federation.
10
entries
8
designers
Scratch-Off World Map Poster | Design The Bottom Layer - Ai File Provided
319 €
40
entries
10
designers
Learn more about illustration or graphics design
See how it works