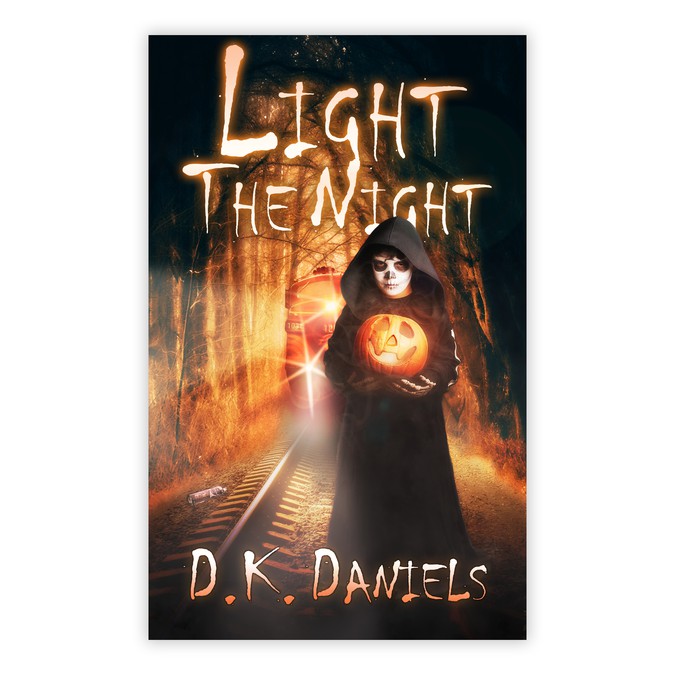 danny2013do needed a new book or magazine cover design and created a contest on 99designs.

A winner was selected from 25 designs submitted by 7 freelance designers. 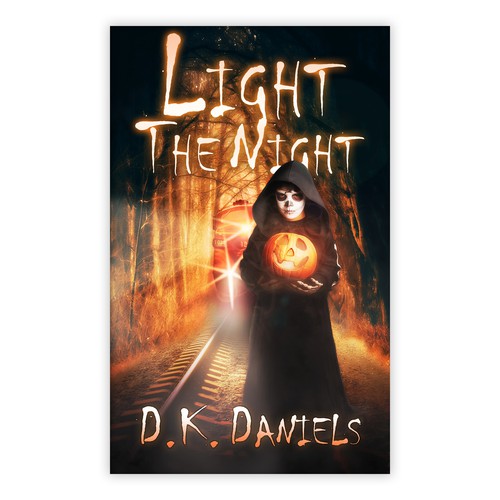 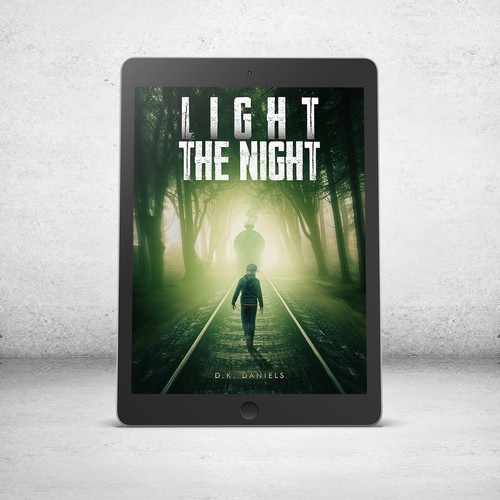 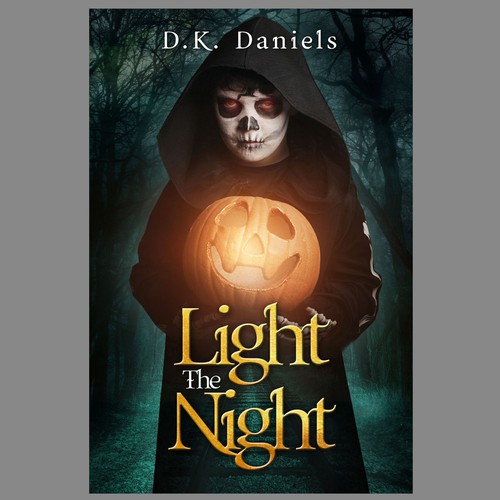 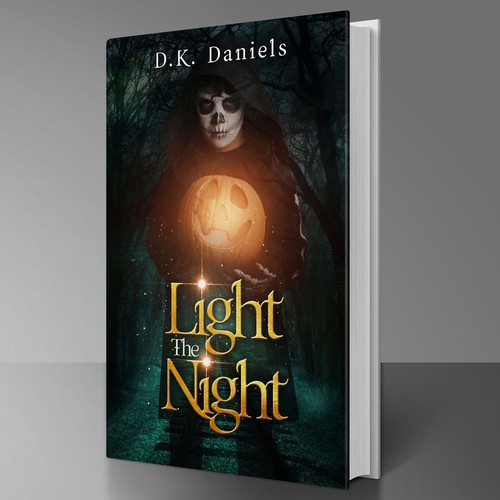 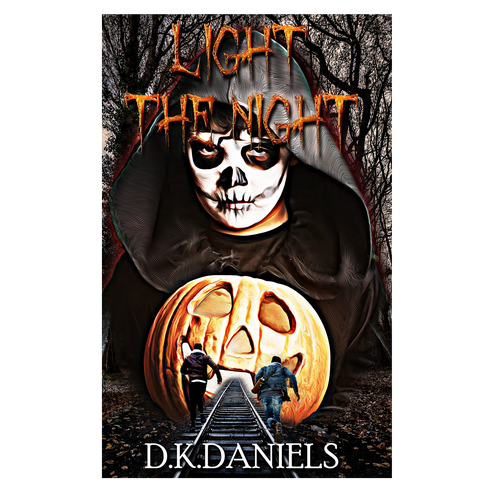 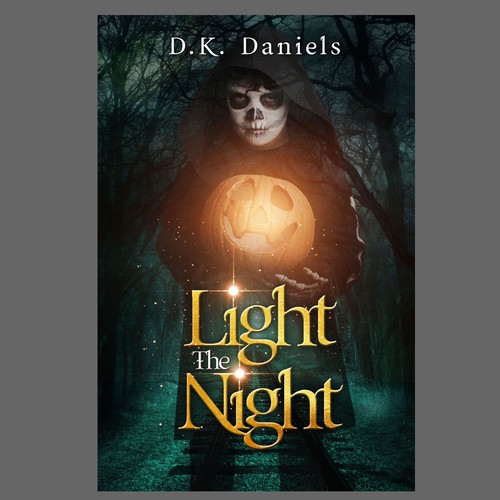 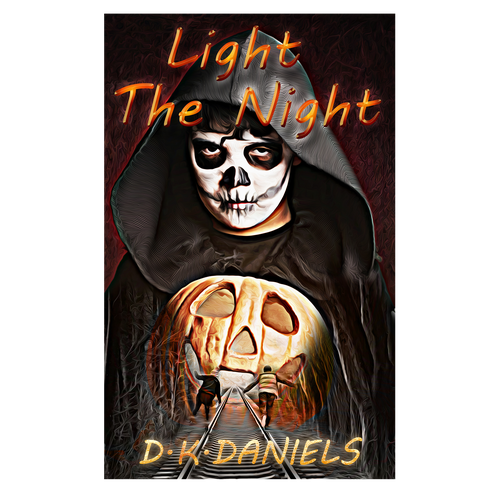 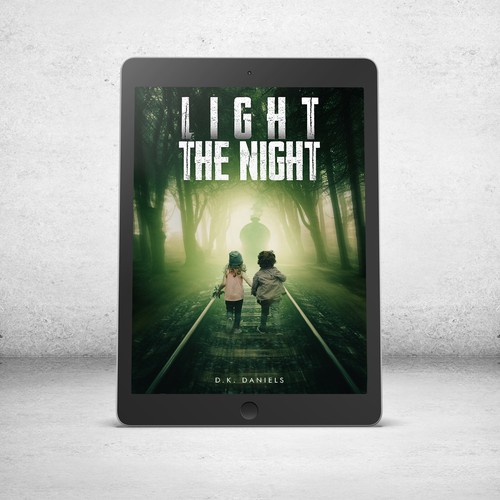 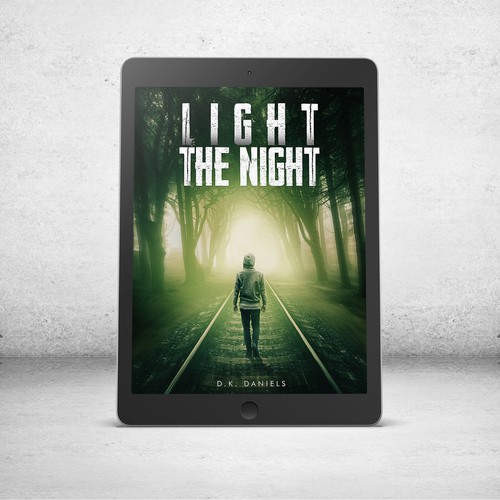 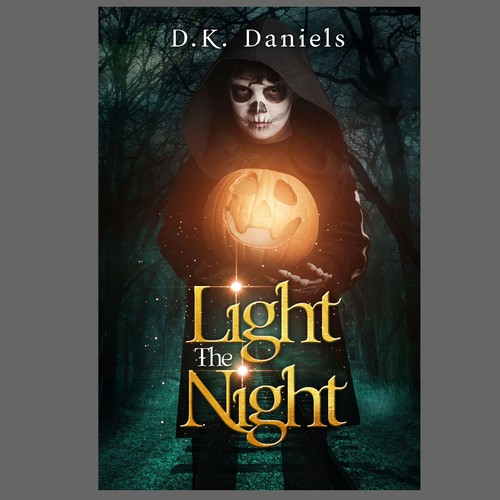 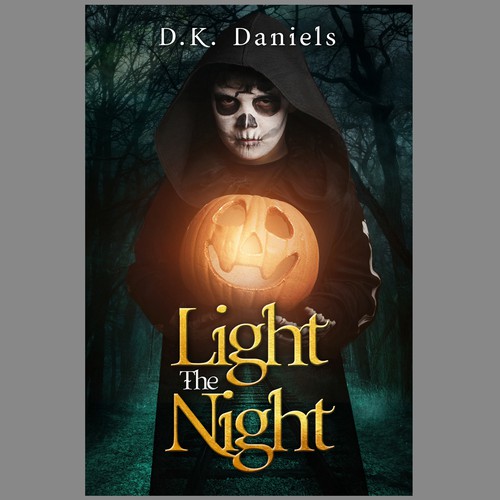 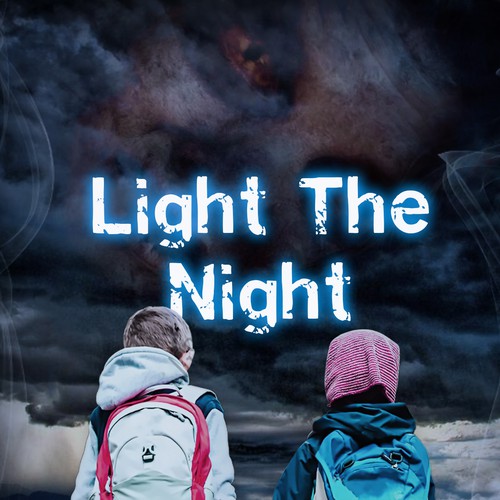 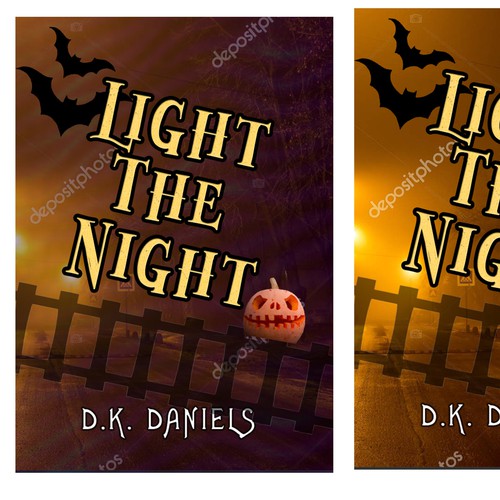 Winner - shommy
Shommy was great to work with. Very flexible and good English communication. This is his forth job for me and it turned out great, just like the others. Will keep using him in the future.
- FreeMedia

Finalist - Pawan Droch
thanks for your help with the ad, Pawan.
- Katrin Schlie

Finalist - rock1984
rock1984 produced a great design, and was very helpful and prompt in addressing my concerns. I would definitely use him again.
- jastorey

Overview of the book: Light The Night takes place on Halloween night where a rebellious teenager prowls the streets of a small town in search of adventure with his friend Milo. The boys go from place to place, getting up to no good, but eventually, strange things begin to happen with Milo. Both boys where once great friends, but they drifted apart for a couple of years. At least in our protagonist's mind, they have not been on talking terms for the last three years since a tragic event took place, this day, three years ago on Halloween night. See, Milo is dead, and he appears every Halloween as his soul is stuck between worlds. Given the veil is the thinnest on this night, Milo uses this day to return and relive the night all over again with his living friend. In our protagonist's mind, Milo is not dead as he has not yet come to terms with the loss of his best friend. He merely saw the absence as a high school phase where friends ignore one another. However, tonight he begins to let the facade he has built to protect him from the truth, crack. From the outside world, our protagonist is the only one who can see Milo, and by the end, he comes to terms with what happened, and a trail of destruction he has left behind.

On this night, three years ago after collecting candy. Two, 10-year-old boys walked home after canvassing the block only to be led off course by a bunch of bullies. To avoid the troublemakers, the two boys decide to walk the railway line to cut around them when tragedy strikes. As he is playing around Milo fall's when messing by a track switch and his foot gets jammed in the switch, crushing foot and ankle. Except, it is followed by a train a few minutes later, which severs his leg from the shinbone. As our frightened protagonist runs for help, Milo is left to bleed out resulting in his death. This story is not so much about the graphicness of the situation, but the spiritual connection with his dead best friend in our protagonist's memory. The story is about the healing process in a sense but has a slight paranormal feel to it. I should mention that our protagonist goes around town, causing mayhem with his friend, like stealing and breaking into a school. Just the entire experience is in his head, and the ghost of Milo nobody else can see but him. As the book goes on, in the physical world, my protagonist is 13; however, in his mind, he is reliving the same night as a ten-year-old, dressed as a ghoul and everything in his split reality.

If you have questions, please ask me.

Light The Night is a paranormal drama aimed at an age bracket of 12-18 high school students. Perhaps try not to make it to much of a young adult read, so that new adults might be interested in reading it also. My intended audience is the United States. I want a book cover that has a rawness of emotional turmoil to it but has a paranormal or spooky tone also.

What colors do you want to see in your design?

- I need an Ebook front cover that will be suitable for KDP, iBook's and so on.
- Full-size JPEG image of the front cover for my website.
- PSD file.
***
Just some ideas I'd like for a book cover, but please if you have your mojo, let it flow. Creative freedom is important.

- I pictured the boys on a set of train tracks dwarfed by a scary woods on either side of the train tracks, as with kids they have overactive imaginations.
- Earlier in the book, our protagonist shoplifts a bottle of vodka from a bright gas station. Certain things, like Milos reflection, is not seen in the window, or on the security camera.
- Later after stealing the alcohol, Milo attempts to try drink but eventually pukes. This scene all takes place outside his old grade school as he sits on the jungle gym in a deserted playground encompassed by a chainlink fence. The elementary school is old red brick.
- After the long night out on the town and coming to terms, our protagonist returns home after accepting what happened to Milo and sits on the window seal of his dormer, lets his legs hang out onto the roof and lets his friend go.
- The story takes place in the likes of Maine or Washington State. Mountains, rural, remote, forests, small towns, and whatnot.

This is the original synopsis: It is Halloween night. A bored and contemplative teenager takes off on a series of mischievous adventures around town with his old best friend, Milo. A friend who he has been deeply in love with since the 3rd grade. Except circumstances have changed. As the night unfolds, the boys venture from one venue to another and bond more than they have in the last three years due to a growing apart phase. However, as the night unwinds; things are not as they appear. Is Milo still the same person he used to be before they stopped talking?

Stock imagery. I'd prefer for the cover to be an illustration. On my original book cover, I had a young boy on the cover. I'll include him if you find any use for the picture or inspiration. I have paid to use the picture, so it's all good. I'm open to a stock imagery covers, but please don't use lots of paid photos. The picture of the little boy with the pumpkin was used on the original cover.

We saved a spot for your book cover contest.